Guardians Of The Galaxy Devs Talk About Trends, Choices and Star-Lord’s Music Obsession

Guardians Of The Galaxy Devs Talk About Trends, Choices and Star-Lord’s Music Obsession 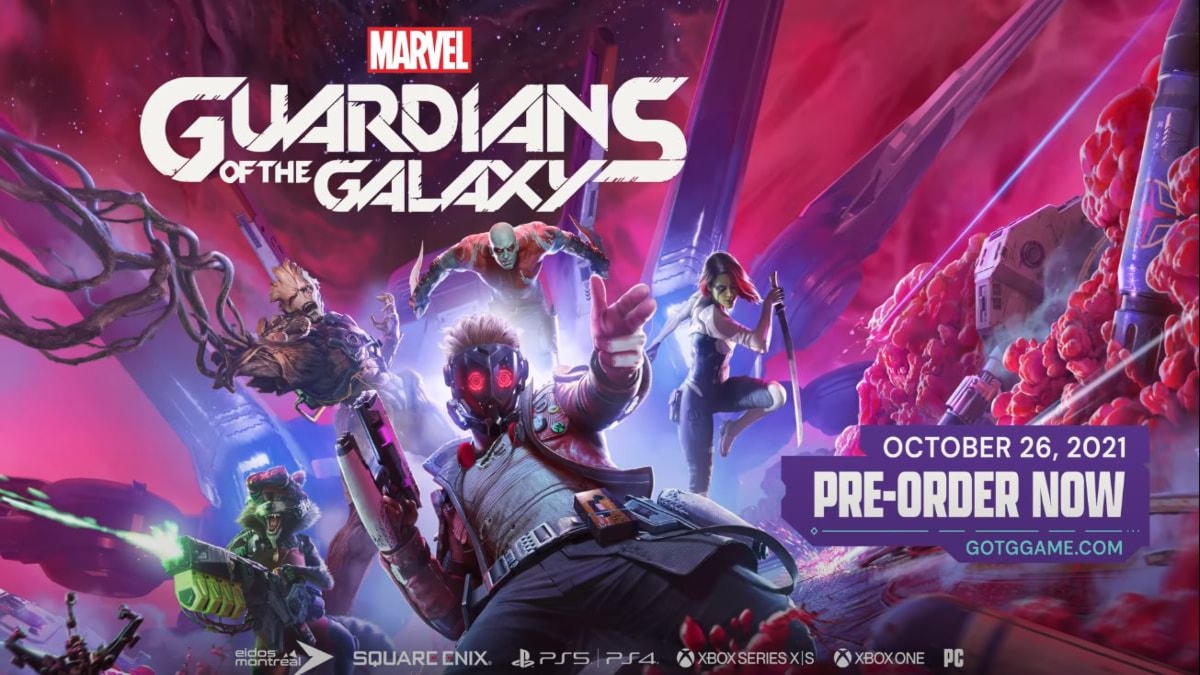 You wouldn’t expect that a single-player game would be seen as unique, but in this day and age, where linear single player games that don’t have season passes are few and far between, Eidos Montreal’s upcoming Guardians of the Galaxy game is doing what the comic book “hero” team does best: rock the boat. Which means a pure single-player experience without any microtransactions or DLC.

First unveiled at this year’s E3, Guardians of the Galaxy puts players in the role of the Marvel universe’s most eclectic idiots as Star Lord, Rocket, Gamora, Drax, and Groot must once again save the galaxy. But, as we said before, they’ll be doing it all by themselves and won’t necessarily be following the trends of other games. Senior gameplay director Patrick Fortier had this to say while speaking to PC Gamer Magazine:

“We weren’t looking at trends, to be honest. When we started sitting down, we were just looking at what do we like to do? What are our strengths with the franchise? How do we give our own unique spin on this?”

Along with being a straightforward single-player game, Guardians of the Galaxy isn’t intended to be grinded in a season pass while waiting for other players to queue up. The narrative experience is the heart of the game, and that helps with the characters as well, as we saw in the E3 presentation. Creativity is also rewarded, according to senior creative director John-Francois Dugas.

“What is also very key is that there’s not one way to solve the problem, there’s not only one way to battle those enemies. You can be really experimental, but the systems are built in such a way that you’re rewarded to remain engaged.”

Players would only take on the role of Star Lord as team leader, which lends a good bit of unpredictability to the game when the other Guardians can do their own thing and adapt on the fly. Players must also make decisions that impact the entire team, as we saw in the demo as the team debated whether to show Rocket or Groot to a bandit queen as a ferocious, exotic beast or decided whether or not to throw Rocket across a chasm to activate a bridge. It’s in Eidos Montreal’s nature, according to Fortier.

“We’re from Eidos Montreal, so I think it’s in our DNA to care about choice and consequences, and I think it’s pretty unique in this particular space, a narrative action-adventure, it’s not necessarily something you’d expect.”

Fortier also explained how the attachment of Peter (Star Lord) to the music was an important aspect for the character and how they tried to translate that into the game:

Peter was ripped from his home at an early age, so even symbolically music represents that last tie to Earth and his past and his childhood, so it’s meaningful in that way. And then on the Milano you’ll have moments where you can pick the music. And we wanted to find a way to integrate it in-game as well.

First, they wanted to give full control of Peter’s walkman to the users but that apparently felt too “fiddly” during the fights so they tied it with that special ability as a compromise.

Hopefully, after the disaster that was Marvel’s Avengers, players will be more than ready to try a single-player Marvel game that doesn’t try to make the franchise into something it’s not. You can play Guardians of the Galaxy on October 21, 2021, when it launches on Xbox One, Playstation 4, PC, Nintendo Switch, Xbox Series X, and Playstation 5.