A recently-filed patent from Electronic Arts apparently is intending to try and make it more fun to prove that you’re not a robot attempting to play a video game. The new EA captcha patent, instead of the usual methods of captcha, instead gives people a simple game to play as proof.

Captchas are an internet security device often used when creating accounts or beginning games in order to stop robots from signing up for accounts or playing games. They normally involve players typing in distorted text or picking certain pictures, but apparently EA’s patent is aware that such things can be monotonous and wants to spark a change.

“Captchas may be utilized to prevent bots from accessing content intended only for human users. However, requiring users to pass captchas each time they want to play a game quickly becomes repetitive and cumbersome, which detracts from the gameplay experience.” 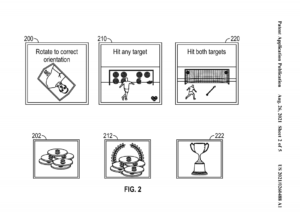 Rather than typing text or picking out pictures, players who are using the new EA captcha patent system will be presented with a number of puzzles of increasing difficulty, which can also be paired with an in-game award rather than just being allowed to access the game. However, the patent is also deeper than simply having you complete a puzzle, according to the description.

Exactly how this new EA captcha patent will be implemented remains to be seen, but if it breaks up the monotony of proving you’re not a robot and we get free stuff out of it, it will hopefully be a good alternative in the end.