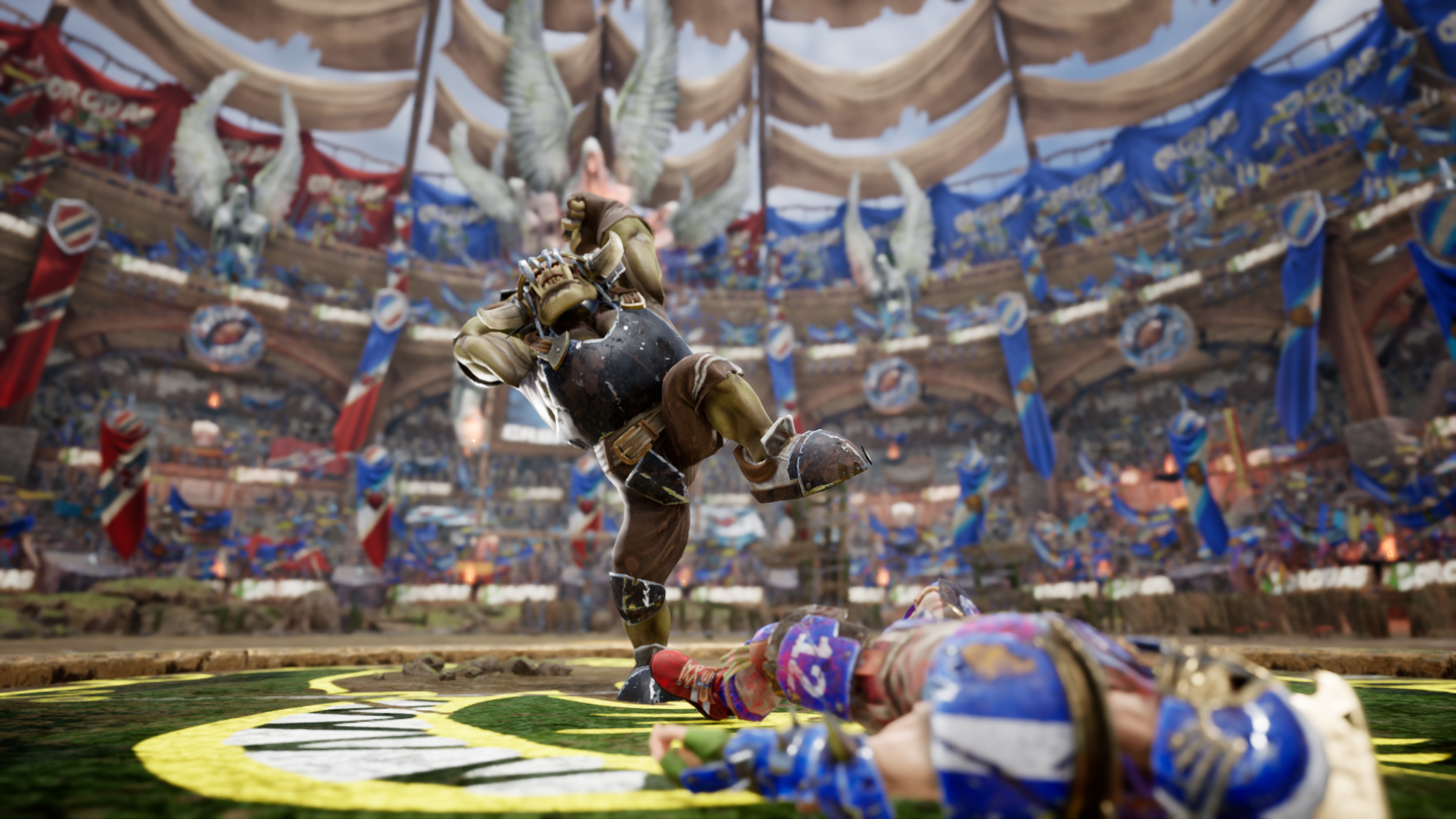 Blood Bowl 3 is the latest installment in Cyanide’s beloved Blood Bowl series and it brings a lot of new features that Blood Bowl players have never seen before.

Blood Bowl 2 was a reasonably polished game itself, but it had quite a few kinks that were noticeable enough for players to point it. With Blood Bowl 3, all these kinks have been ironed out from the franchise and a bunch of new mechanics and features have been introduced.

Take the crowds from Blood Bowl 2 for example. The crowds in that game had only 4 distinct character models, meaning that the entire crowed was filled with the same four people. With Blood Bowl 3, the crowds have been completely overhauled to make them feel much more lively.

All the people in the crowds of Blood Bowl aren’t completely unique, but the game disguises that ‘flaw’ by having waving pennants, extra statuary, water features and cooking fires spread around the stadium, making it feel much more exciting. You’ll even notice a camera goblin standing on a barrel in the pond.

Another big difference between Blood Bowl 2 and Blood Bowl 3 is that characters of the same species in Blood Bowl 3 don’t feel like they’re copy-pastes of each other. So if you have a team of orcs, they won’t all look the exact same. You’ll notice major differences in their appearance.

This is because of the new customization options introduced in the game. When you were customizing an orc in Blood Bowl 2, all you had was a select few preset heads that you could choose from.

In Blood Bowl 3, however, you can choose a unique set of helmets, shoulder pads, body armor, arm guards (for both arms separately), spikes and colors for each of your orcs.

Once you create your character, you’ll see them highlighted in cool cinematics where they get body-slammed by an ogre. These new cinematics are way more concise than the ones in Blood Bowl 2.

The coaches in Blood Bowl 3, represented adjacent to the dugout, will appear in pop-ups when you select one of the six emotes. The six emotes you have in this game are: celebration, incitement, kill us, despair, tease and explosion. Your coaches will be accompanied by assistant coaches and cheerleaders on the sides of the field.

Each faction in Blood Bowl 2 has its own cheerleader who looks completely different from the other cheerleaders and also has a different set of dances.

What makes the coaches in Blood Bowl 3 different from the ones in Blood Bowl 2 is the fact that during a game, you can use them to appeal for the reprieve of a player. For example, if your player makes a foul action and gets called out by the referee, you can have your coach talk to the referee.

There’s a chance that your coach’s argument with the referee will end up getting your player a reprieve.

Another thing Blood Bowl 3 does right is its single-player story campaign. In Blood Bowl 2, you were forced to play as lousy humans in the story campaign, whereas in Blood Bowl 3, you have the ability to create a team with whatever species you want and then play with this team of yours for the rest of the story.

What’s really cool is that your journey with your custom team doesn’t end with the campaign. After you’re done with the story mode, you can play with that team in multi-player.

This new campaign in Blood Bowl 3 is divided into four separate chapters with each chapter being a specific competition which comes with its own unique challenges.

The new AI is programmed to be much more offensive. It’ll even try to create some configurations of its own with its players.

There will be 12 teams in Blood Bowl 3 at launch, with 4 brand new teams being introduced to the game. These new teams are Black Orcs, Imperial Nobility, Chaos Renegades and Old World Alliance.

Special Play Cards are another new feature being introduced to Blood Bowl 3. These cards can be used to give temporary skills to your units. Some cards can even be used to kill a member of the enemy team before the game starts.

The menu in Blood Bowl 3 has been reworked, allowing you to view all of your players and competitions more easily.