Cheating has become an increasingly large problem in many online multiplayer games. Now, however, a new EA fraud detection patent has been filed that will hopefully make it more difficult for such a thing to occur, at least in games that were published by Electronic Arts. According to the patent’s abstract:

“The fraud detection system may automatically identify these parasitic accounts and implement appropriate actions to prevent these accounts from impacting legitimate users within the game application.”

Various anti-cheat systems spread across numerous other multiplayer games have a variety of consequences for players caught cheating. Valorant and Overwatch, for example, both fast-paced team shooters, not only ban the offender from playing, but also hardware-bans them to prevent them from simply making a new account on the same computer. According to the patent’s background, this, like most anti-cheat, is done to protect the experience of legitimate players.

“[Cheating] can result in a degraded experience for players that are legitimately playing the game without engaging the services of unauthorized vendors.”

Cheaters ruining games for people is, unfortunately, nothing new, either. Back when PlayerUnknown’s Battlegrounds opened its servers to China, for instance, players were inundated with a huge number of Chinese hackers that made the game experience so poor that player retention plummeted, with many even demanding that there be a separate Chinese server block to keep the hackers contained in Chinese cyberspace. The EA fraud detection patent aims to cut this sort of thing off ahead of time with a variety of different punishments.

“Depending on the severity of the violation, as indicated, at least in part, by the user account categorization, the account modification system can apply different account actions.” 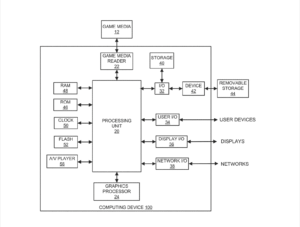 Considering that some companies have done everything from hardware-banning to just giving cheaters a taste of their own medicine by putting them in rooms full of other cheaters, hopefully the EA fraud detection patent can do something similar. A number of different punishments for hacking are already suggested in the patent, as well.

“For example, the account may be subjected to rate throttling, limiting, and/or response delaying mechanisms that can be configured to limit the negative impact of parasitic activities within the game application.”

Exactly how well this fraud detection system will work when it’s implemented remains to be seen, but hopefully at some point in the future it will work well. You can read the full text of the patent here.