[Update]
EA has reached out to us with some clarification on the report. While they do own the patents, none of them are being used in their sports titles including FIFA or NHL. Furthermore, they have clarified, that the patent is a continuation of applications that started back in 2016. If you want to read more about EA’s stance on DDA and Fairplay, you can follow this link.

Original Report
Not so long ago, a few angry gamers filed a class-action lawsuit against Electronic Arts’ shady dynamic difficulty adjustment tactics. It was claimed that the company adjusts game difficulty in such a way that it promotes the purchase of loot boxes.

The lawsuit however, was dismissed after EA apparently explained the plaintiffs that how they manage difficulty on a technical way and it is by no means indented to promote microtransactions. Good guy EA, right?

That could be the case however, EA has been granted a patent recently that describes the dynamic adjustment of difficulty in games for the apparent purpose of increasing the engagement time for the players. 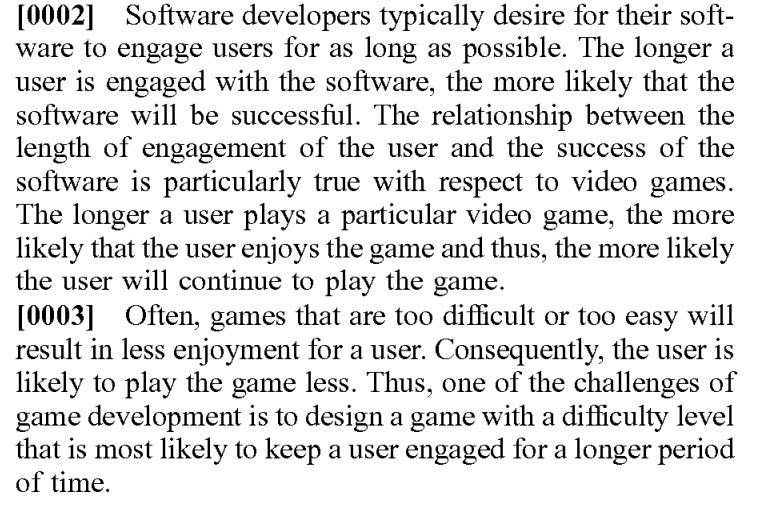 Now if we consider the patent for its described purpose, it seems fine as it is the right of a software owner to find ways to increase the engagement time of its users. However, if we look at it from the perspective of the lawsuit that was filed against EA, it does seem like a devil’s work.

Live service games like FIFA usually have a large playerbase including a lot of teenagers who are inclined to use loot boxes or microtransactions if things get tough for them. So if a game is adjusting difficulty dynamically (even to increase engagement), without any notification, it will naturally increase the chance of a player spending money on microtransactions, specially in the competitive games like FIFA.

While DDA (Dynamic Difficulty Adjustment) does seem like a good feature for general gaming as it can increase the fun and engagement levels, it does have some questionable underlying aspects that can be alarming for gamers.

If you want to, you can read the whole patent yourself here.