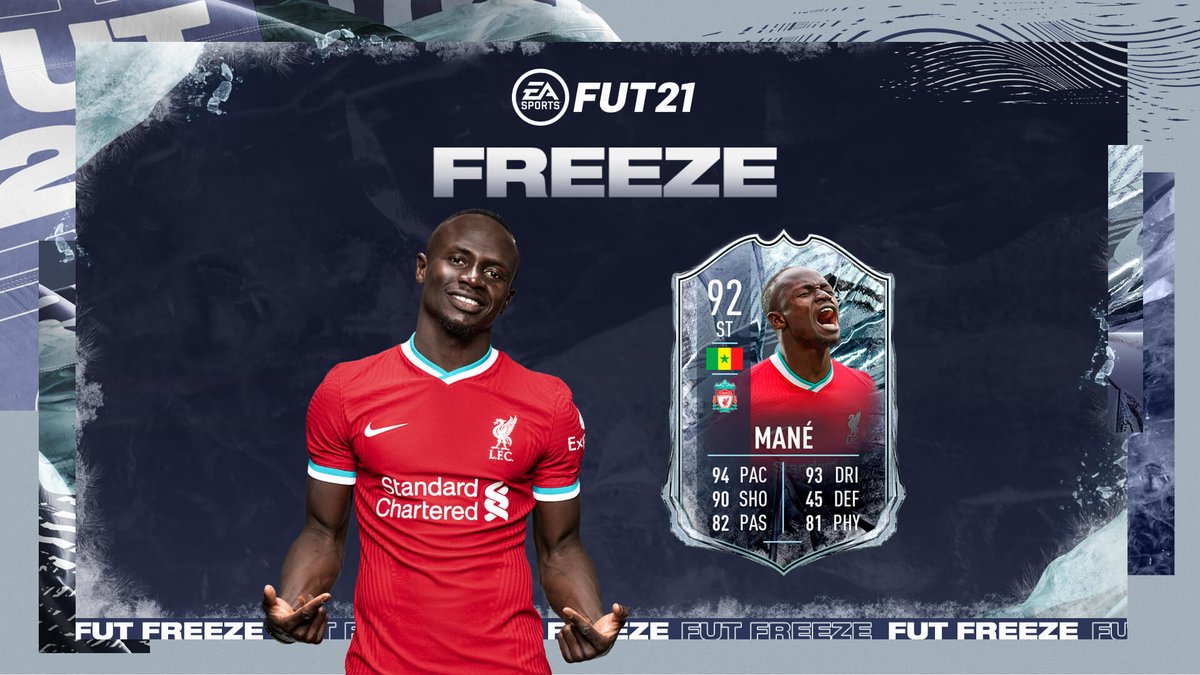 Sadio Mane has been downgraded in FIFA 21 in the latest database update, following the Liverpool forward’s difficult recent spell in front of goal.

Mane managed an impressive 18 league goals last season, as Liverpool won the Premier League title, but has only managed seven in this season so far after 25 appearances.

The Reds forward has seen his overall rating dropped from 90 to 89 overall, with his potential seeing the same decrease.

Sadio Mane isn’t not the only Liverpool player to get a downgrade. Xherdan Shaqiri, Alex Oxlade-Chamberlain and Divock Origi have also received downgrades, whilst Nat Phillips is the only Reds player to get an upgrade in the latest update.

However, striker Roberto Firmino, who is in same sort of form hasn’t been downgraded. This shows that downgrading Mane seems a little harsh in comparison.

There are some other big names who have received the downgrade treatment and they are as following:

Luka Modric – 87 from 90
FIFA World Cup 2018 finalist and Ballon D’or winner, Luka Modric has been downgraded by EA by three points in FIFA 21. Fair to say that Modric did not have a stellar season, which is symbolic of Real Madrid, but the Croatian did win the Spanish La Liga with the club.

Many fans have argued that the downgrade is unfair as Modric still remains a top midfielder and a three points drop is too harsh. Nevertheless, even at 87 overall rating, Luka Modric remains a very strong midfield option with sensational passing stats.

Eden Hazard – 88 from 91
FIFA 20’s cover star, Eden Hazard has been stuck with the cover star curse. The Belgian has received a three-point downgrade after completing an underwhelming first season at Real Madrid CF.

The 29-year-old’s first taste of the La Liga was marred by injuries and fitness concerns, which heavily limited his game time. Hazard only managed one goal and six assists in 16 league appearances.

David De Gea – 86 from 89
David De Gea has also received a three point downgrade in his overall rating which takes him from 89 to 86. Naturally, downgrade is related to several individual errors that the Spaniard made in the previous games that caused a lot of damage to Manchester United’s league and cup performances.

Gareth Bale – 83 from 85
It is no surprise that Gareth Bale has received a downgrade because of the lack of game time he has collected in the last season due to the tussle between him and Real Madrid. Zinedine Zidane has completely excluded the Welshman from his plans with the winger now playing golf more than football itself. Now at Tottenham, he isn’t shinning as bright as many would have hoped for; hence the downgrade.