Armature Studio Talks About Where the Heart Leads, ReCore 2, PS5 and More

Armature Studio Talks About Where the Heart Leads, ReCore 2, PS5 and More 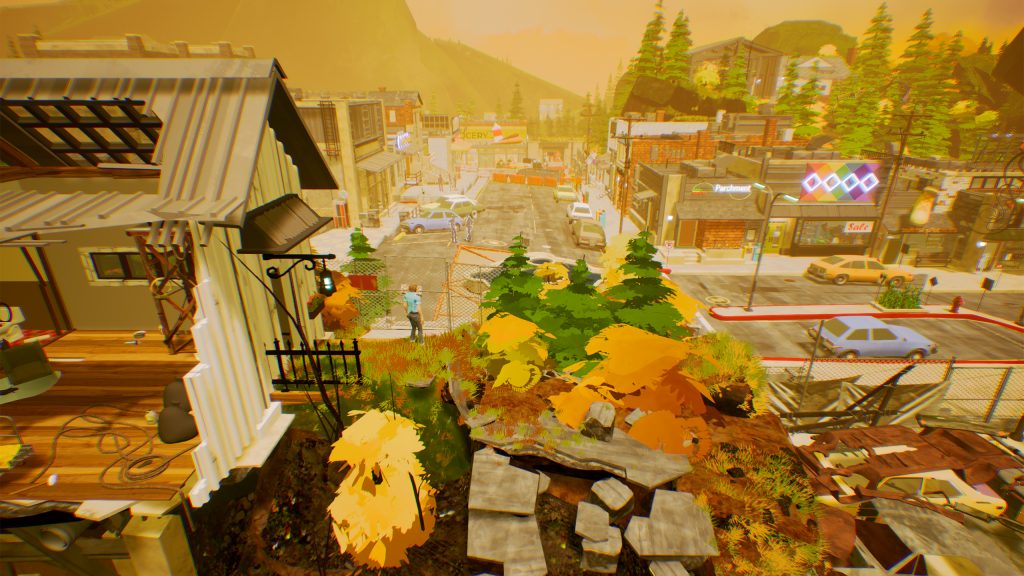 When we think of Armature Studio, only action games come to mind. However, this time, the studio is working on something different with “Where the Heart Leads”. It’s a surreal narrative experience where players will able to experiment with countless narrative outcomes for the protagonist in the game.

We had a chance to sit down with the Director of “Where the Heart Leads”, Todd Keller and discuss some of the game’s features and the studio itself. Todd revealed various aspects of the game and also discussed why the game is on PS4 and whether the game will be available on PS5 or not.

Upon being asked about whether Armature Studio would be interested in making another ReCore game, the answer was a positive one. You can check out the whole interview below:

Question: Armature studio usually works on action games. How did the idea of a pure narrative driven game come into being?
Answer: We are composed of a variety of developers whose interests cover all genres of games. When planning future projects we go through many internal pitch meetings to figure out our next steps. Where the Heart Leads rose to the top of our list, because of the strength of its artistic vision and the thoughtfulness of its gameplay.

Question: You guys have chosen Sony as your partner to release the game on PS4 and PS5. Any specific reason for that? Can we expect to see the game on other platforms too?
Answer: We always welcome opportunities to work with Sony – they’re great partners. Our current focus is only on the PlayStation 4 release. It will also be playable on PS5 due to backwards compatibility.

Question: Are there any PS5 specific features in Where the Heart Leads? If so, what are those?
Answer: We didn’t make a specific PS5 version. The PS4 version will play on PS5 due to backwards compatibility.

Question: As the developer of the game, how many playthroughs you will recommend players to fully relish it?
Answer: We designed the game for a player to make personally meaningful choices; we really don’t expect someone to see every event and result. For the completionist players who want to experience everything – that might be dozens of playthroughs.

Question: Is there going to be crossplay between PS4 and PS5 for save files? And PS4 owners can get the game on PS5 for free, right?
Answer: The PS4 version will play on PS5 due to backwards compatibility. There’s no multiplayer, so there’s not really crossplay. The PS4 save games will work on the PS5.

Question: Is there a progression system in the game or it’s just narrative and choices?
Answer: There is no player progression system per se. But there are unique items and notes to collect that not all players will see. Besides that, it is mainly based around personal choices and narrative adventuring.

Question: Now that you have worked on PS5, as a developer, what do you think of the new hardware? How can it benefit medium to small scale developers?
Answer: We think the PS5 is very developer-friendly and it would benefit developers of all sizes to target releasing on the PS5.

Question: Last but not the least. You guys did great job with ReCore, if the opportunity presents itself, will guys be interested in making ReCore 2?
Answer: Thanks, we really appreciate the fans who played ReCore! If the right opportunity came around, we’d certainly be interested.

Question: Also, are there any new exciting projects in development at Armature Studio, especially for next-gen consoles?
Answer: Armature Studio is also working on Resident Evil 4 for the Oculus Quest 2 which will release later this year.