If you are a fan of survival video games genre then you must know Dean Hall. You may also know that the DayZ creator has now his own studio by the name of RocketWerkz. The studio has been working on a session-based PvE survival game Icarus recently. The game is far into development and we will be able to try out its beta phases soon.

There are high hopes associated with Dean’s new game and we had a chance to ask a few questions about his latest project. He was able to share with us some insightful tidbits and it has made us more excited about the game. The full Icarus interview with Dean Hall is as following: 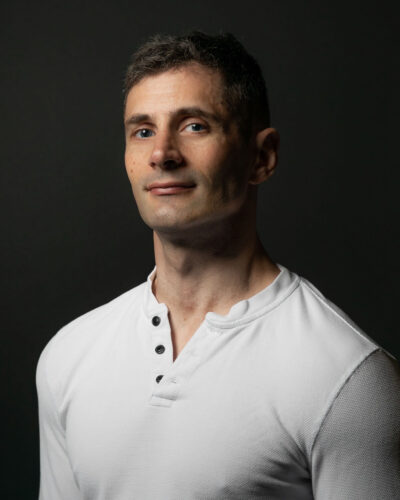 Q: What inspired the idea of Icarus? I mean we know It’s a Dean Hall project and he is known for survival and battle royale games. But Icarus is heavily focused on PVE, so how long has this idea been in the making?

The origins of Icarus go all the way back to a thought experiment I had after demoing DayZ publicly at Gamescom in 2013. I was walking back across the bridge in Cologne that night reflecting on both the positive reception but also the shortcomings I was aware of in the project.
I didn’t want to begin another survival game until I had solved some of the big challenges holding the genre back. For instance, scalability has been a big challenge both technically and in game design, where new content is often crammed in at the late game or unbalances the game economy. We wanted Icarus to scale well as well as do justice to core survival mechanics like gathering, crafting and building.

I also think that PvE is an under-explored part of the survival genre. PvP survival games have evolved into Battle Royale but there’s still lots of unexplored territory in pitting players against the environment itself. In Icarus the planet itself is out to get players, and you especially see that in things like storms and weather events.

Q: So each PVE session will be different, right? You have mentioned that those sessions can vary in time reaching up to days. So can you tell us more about how these session lengths will be determined?

When a player loads in, they’re presented with a range of different prospects that vary in length, objectives, difficulty and potential rewards. The length of a prospect provides options for players to consider their goals, strategies and find a length that fits. For some it might be a quick mission for their faction, others might go on a week-long multiplayer quest which you and several friends dip in and out of depending on your schedules.

When we first started making Icarus we assumed that new players would want short drops, but what we found is that it’s best to give players longer so they can explore and get to know the game. It might be that later drops for experienced players are short with real time pressure to get in, complete your mission and get out faster.

Q: Also, if a player is not able to make it to the pod before the end-time, will all his stuff and progress be lost? Even if the session was a couple of days long, like permanent death? And if a player character dies, will players have to start from scratch or the stuff they have collected before that specific session will stay with them?

If a player fails to safely return to orbit in their drop-pod before the timer runs out, that character will be permanently lost – progress, gear, loot and all.
The time limit is always clearly communicated, never an unfair surprise, so your challenge is to plan around it.

Icarus is all about balancing risks and rewards. A good character should be something you fear losing, as this will create an in-game experience you truly care about.
However, whatever gear exists in orbit, exists at an account level rather than character, so this is safe from your character’s extinction! This makes deciding what you take to the surface with you all the more important.

Q: Will players be able to choose session times or it will be random?
You’ll be presented with a range of session times, missions, potential rewards and scaling risks. Rest assured, there will be lots of options and you can choose a session to fit the kind of game you, and your friends, feel like at the time.

Q: There are different chapters in Icarus. Currently, there are three chapters mentioned on the website. Do you guys have plans to add more after the release? All three of those chapters will be available at release, right?

The first chapter, ‘The First Cohort’ will be available at launch. ‘New Frontiers’ and ‘Dangerous Horizons’ are both targeted for 2022 releases as DLC expansions. While these are the only current confirmed expansions, we don’t plan on ending Icarus there and future chapters are planned!

First Cohort starts in the most Earth-like terraformed areas, before prospectors gradually venture out into more dangerous and alien parts of the planet.

In addition to the chapter expansions we plan to regularly add new content and features for free. That’s one of the advantages of a session-based approach. So you won’t have to wait for the next chapter for new content and gameplay.

Q: Any plans to bring the game on consoles, specially PS5 and Xbox Series?

This is on our radar but there is no time frame currently.

Q: What sort of Microtransactions players can expect to see in Icarus? Are you guys planning any season passes? Did you plan to make the game free to play?

While we originally wanted to make Icarus free-to-play, we made the tough decision to put a reasonable pricing model in place instead.
We want to avoid the pitfalls F2P presented such as pay-to-win mechanics and limited scalability. We never want to put in place a ‘pay-to-win’ model. While future content DLCs and maybe cosmetic elements will be purchasable, the core game updates and gameplay will always be free for anyone who has purchased the base game. We also plan on making it so if your friend has playable content, you won’t be excluded from playing with them if you haven’t purchased it yourself.

Q: Any similarities DayZ players can expect to see in Icarus? What sort of players do you think will be most attracted to do this idea? Do you think the game can appeal to Monster Hunter players as the idea is quite similar to that?

We can see this appealing to a wide range of gamers, but believe our initial audience will be survival genre fans, excited by a new take on the concept. Rust, The Long Dark, Subnautica, Valheim and DayZ players will find something thoroughly enjoyable in Icarus’ approach, but we also expect this to appeal to MMO and RPG players looking to invest into a new universe.
The core survival mechanics of Icarus are true to what makes the genre engaging, so expect to see familiar mechanics but with levels of refinement applied. The session-based structure and ongoing evolution of the game really alters the pacing and I think will make survival games more accessible for people who haven’t played them much before.

Q: The missions/contracts in the game are procedurally generated or there is a fixed number?

The Prospects in the game are authored and unique, although some of the parameters and what is offered to the player has some procedurally generated elements. We want to provide unique experiences that scale with the character, so our gameplay will also be built to this. Some missions that you undertake for factions or corporations operating on Icarus are more scripted and will reveal more of Icarus’ lore and backstory.

Q: When can I play?
We’re entering a series of Beta Weekends from 28 August until November and depending on how that goes we’ll launch the full game soon afterwards.