Ghost of Ikishima Rumored to Launch in 2021

Ghost of Ikishima Rumored to Launch in 2021 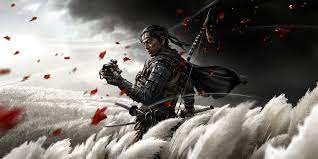 We reported earlier that Ghost of Tsushima developer, Sucker Punch could be working on a multiplayer title with a melee combat. Now, a new rumor has surfaced claiming that a standalone Ghost of Tsushima expansion by the name of “Ghost of Ikishima” might release in 2021 by Sony Interactive Entertainment.

The rumor comes from XboxEra’s Shpeshal_Nick who shared this information on twitter:

Ghosts of Ikishima. An Expandalone type game. Aiming for 2021. Not sure how so many seemed to find out so quick.

As mentioned before, the game is expected to be a standalone title just Spider-Man Miles Morales. Now whether this game will feature a multiplayer in the game as the job listings suggest is a different matter. If the rumored Ghost of Ikishima does come with multiplayer, that will definitely be a welcome addition to the series.

There has been a lot of wild rumors regarding Sony and its games. Bloodborne for instance is rumored to be coming to PS5 as a remaster which could also release on PC. Another wild rumor claimed that FromSoftware is developing a PS5 exclusive by the name of project “Velvet Veil”.

Sony has claimed that they are working on multiple unannounced titles and Ghost of Ikishima could be one of them. Sony Bend on the other hand is also working on a new IP and they are actively recruiting for that. Sony’s last Stat of Play primarily focused on Horizon: Forbidden West which was a treat for sore eyes. Now, fans are impatiently waiting for the next State of Play which will probably feature more game reveals.