With the release of the Verdansk ’84 map in Season 3 of Warzone, lots of new features are expected to be introduced in the game.

One of these features is the introduction of a new fast travel system in Warzone with the help of some Red Doors scattered around the Verdansk ’84 map.

On April 28th, Activision reportedly took a survey which asked players what their favorite part about Verdansk ’84 was. The survey included several choices, like the new points of interests, better lighting and a new fast travel system named “The Red Doors”.

The Red Doors are currently not present in Verdansk ’84, but this survey implies that they could be coming very soon. 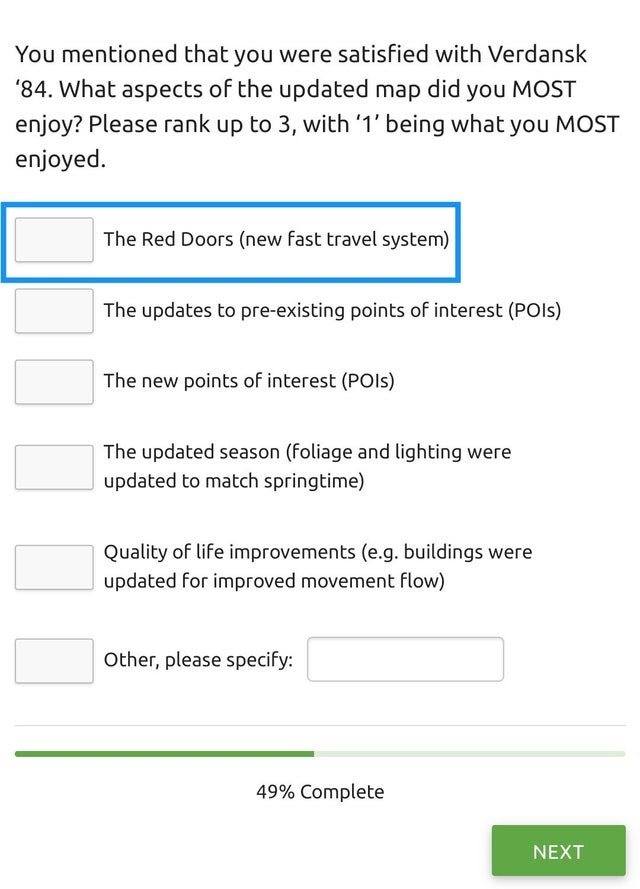 This doesn’t come as much of a surprise as we’ve seen fast travel systems before in Call of Duty. Season 6 of Modern Warfare had the Subway System where players could use the underground trains to quickly travel around the map.

Because of the fact that this new season of Warzone takes us back to the 80’s, there not underground subway stations yet. So, they had to come up with another way to integrate a fast travel system into the map.

Why Activision chose to use red doors as the fast travel system in Warzone is actually quite interesting.

The first mention of the Red Doors was in July 2020 when the Red Doors name was leaked on the Xbox Live Store as a codename for the internal alpha of Black Ops Cold Wars.

The Red Doors are a reoccurring theme in Black Ops Cold war. While playing through the campaign, you’ll encounter them many times. Furthermore, if you watch the Verdansk ’84 cutscene closely, you’ll see a red door make an appearance. This is a really neat way to connect Warzone and Cold War.

As of right now, there’s no information available as to how this new Red Door fast travel system actually works. Though, it’d be safe to assume that it works in the same way as the Subway System in Modern Warfare Season 6.

One thing to keep in mind is that this news about the Red Door fast travel system in Warzone is still a rumor. It’s entirely possible that the Red Doors were intended to be introduced in the game with the release of Verdansk ’84 but they got removed; so don’t get too excited.

We just have to wait and see if Activision officially announces The Red Door fast travel system for Warzone. And if you are facing an technical issues running Call of Duty Warzone, you can check our extensive list of fixes.