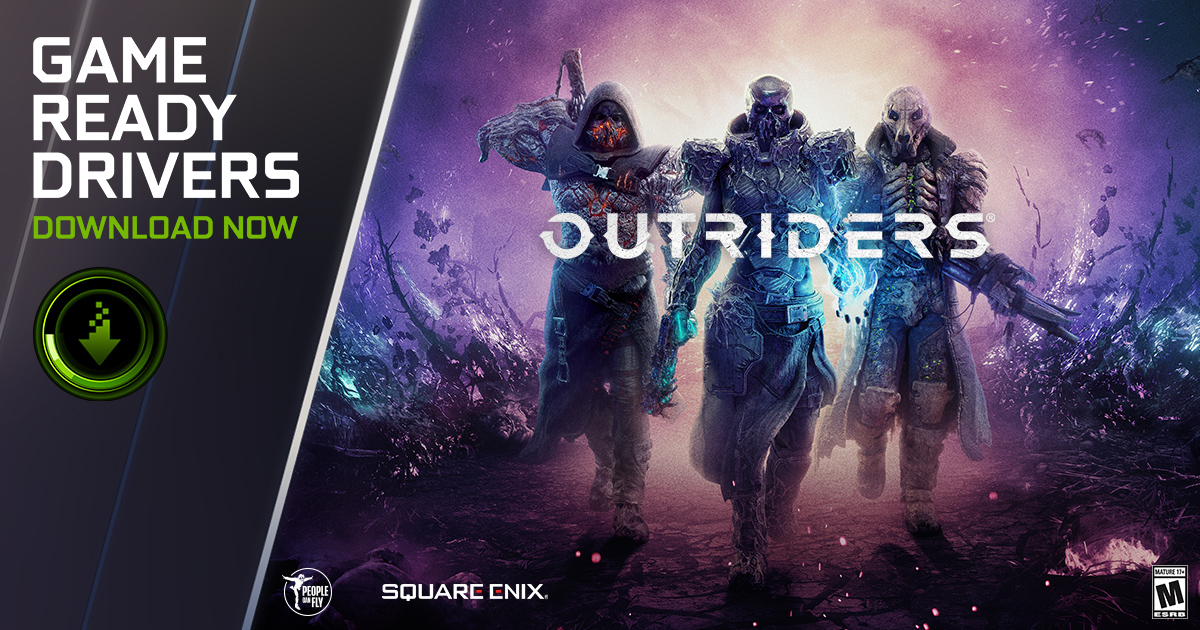 Square Enix’s Outriders has just been released. The players who played the demo experienced some errors and it was expected that they will be resolved with the full release. However, some of these issues still persist and if you are facing any such issue related to Outriders, you have come to the right place. Here we are going to list all the popular issues users are facing right now and their possible Fixes.

Since the game unlocked for masses, many players have been reporting various crashes related to Outriders. Even some of the crash issues have already been acknowledged by the developer and they are working to resolve them as soon as possible. In the meantime, here are some fixes and workarounds you can try to solve your problem:

If you are unable to get in the game and are stuck on the loading screen, this could very well be caused by your Antivirus or Firewall. All you need to do is add an exception for Outriders and you will be good to go.

Some players have reported that their characters from Demo show a weird UI and it seems bugged. Well, if you are facing the same issue, it’s recommended that you create a new character, and see if the issue is fixed. If your issue is fixed, now go back and select your old character, the UI with character should also be fixed now.

If your Windows Task Bar is anywhere else than the default location (which is bottom), it will be visible on Outriders regardless you play in Borderless screen or Full Screen. So the only way to fix it right now, is move your task bar to its default location.

If you launch your game and get a black screen while the music is playing the background, you can try the following workaround to fix it:

Press Alt+Enter to transform the game in windowed mode. Chances are that your game will be visible now. Now go to settings and check that your screen’s refresh rate is same as your windows settings. If the number is different, you will get the Black Screen again once you go to the full screen.

If that doesn’t work, try to verify the integrity of your game files.

This error affects the pre-order bonus in the game which is called the ‘Hunter’s Pack’. The issue can be resolved by installing the game from PS5 directly. You can also try repairing your PS5 database.

If issue still persists, report your problem to People Can Fly official website.

While launching Outriders, you may come across an error: “The code execution cannot proceed because VCRUNTIME140_1.dll was not found”. Reinstalling the program might fix this problem. But before you re-install your whole game, there are a couple of things you can try:

If you are getting launch error on your Xbox, first thing you need to do to fix it is move your game from external storage to the internal storage of your console. Many users have reported that moving the game to different storage has fixed the issue for them.

Here are some fixes you can try if you are getting this error:

Anti-Aliasing Not Working in Outriders

This issue occurs when some update arrives or driver is not updated which causes the problems in ini file. Here is a fix you can use to resolve your problem. You basically need to find “GameUserSettings.ini” file and edit it.

If you are getting this error, try the following:

This process is important regardless of the platform of your choosing.

Matchmaking problem can arise due to multiple issues. Here are a couple of generic things you can try out to fix matchmaking related errors:

Naturally, if the servers are down for the game, you will definitely get server related errors. You can check the official server status page for the game to be sure about it.

If the server status is fine, make sure that your Internet connection is working fine and you are not connected to a proxy. Sometimes, proxies can be the culprit for server related issues. It is also important that you connect your Steam account to your Square Enix account.

Some users have also reported that checking the integrity of game files on Steam has fixes the issue for them.

Since Outriders is an always online game, sign-in errors are inevitable. It goes without saying that if your Internet connection is not working, you will definitely get this error. Since the game is new, you can also come across sign-in issues due to server overflowing with new users. In that case, you should restart your game or try signing in after 5 minutes or so.

How to Fix Outriders Stuttering Issue

Nvidia has already released game ready drivers that are optimized for Outriders. So if you are facing Stuttering issues, you should update your driver first.

If that doesn’t resolve your issue, here are a few more things you can try out to fix it:

Some users have reported that playing the game in Windows mode has fixed the issue for them so you can try that as well.

If you experience this problem report the issue on the official thread. The issue was prevalent in the Demo but it was expected to be fixed in the full release. However, if you are still facing the issue, you should definitely report it on the official forums.

The bug hasn’t been reported much in the full release however, if you are still facing the problem, you can try the following workaround:

Remove Hell’s Rangers item from inventory and put it to stash. Then claim the reward. You can bring item back to inventory after claiming the reward.

First thing you should do is restart your game. If that doesn’t work, try verifying the integrity of your game files. Also make sure that your sound card drivers are up to date. It goes without saying that in windows volume mixer, Outriders volume bar should not be set to zero.

Out Of Video Memory Error

This error occurs when your graphics driver is not updated or your GPU is below the minimum system requirements for Outriders. So make sure you install the latest version of your GPU drivers and upgrade the GPU if you want to play the game.

HDR has been a known issue for Outriders in the demo which was expected to be resolved in the full release. However, some users, specially on PS5 and Xbox Series are reporting that it’s still not working properly. If you are one of those users, you should definitely contact People Can Fly on the official forums and let them know about your problem.