Sony Bandwidth Patent Could Help To Keep Bandwidth Use Down

Sony Bandwidth Patent Could Help To Keep Bandwidth Use Down

“There are a variety of currently available devices whose uses involve different bandwidth requirements in a network. Many of the devices may be used simultaneously in a given network.”

As gamers often have multiple bits of connected hardware running at the same time, having your computer receive an email or you receiving a slew of text messages on your phone may cause your internet to chug, which could be disastrous if you’re in the middle of an online game. 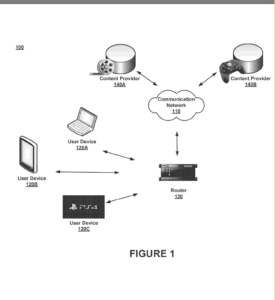 Since every device ideally uses the same network, the more connected things you have online at once, the more stress is put on the bandwidth. The Sony bandwidth patent’s methods would apparently at least lessen this effect, according to its description, by judging whether or not the size of any new information would exceed bandwidth.

Such a thing coming in and exceeding bandwidth could help a content creator from suffering from lag or some other side-effect if the Sony bandwidth patent does come to fruition, but until then we’ll probably have to wait and see if such a thing is plausible, especially since Sony has filed a number of other patents intent on dealing with similar problems.

Hopefully if this patent does make it to whatever kind of device it will be used in (possibly a future Playstation console), that it will work as detailed in the patent. You can read the full text of the patent by following this link.