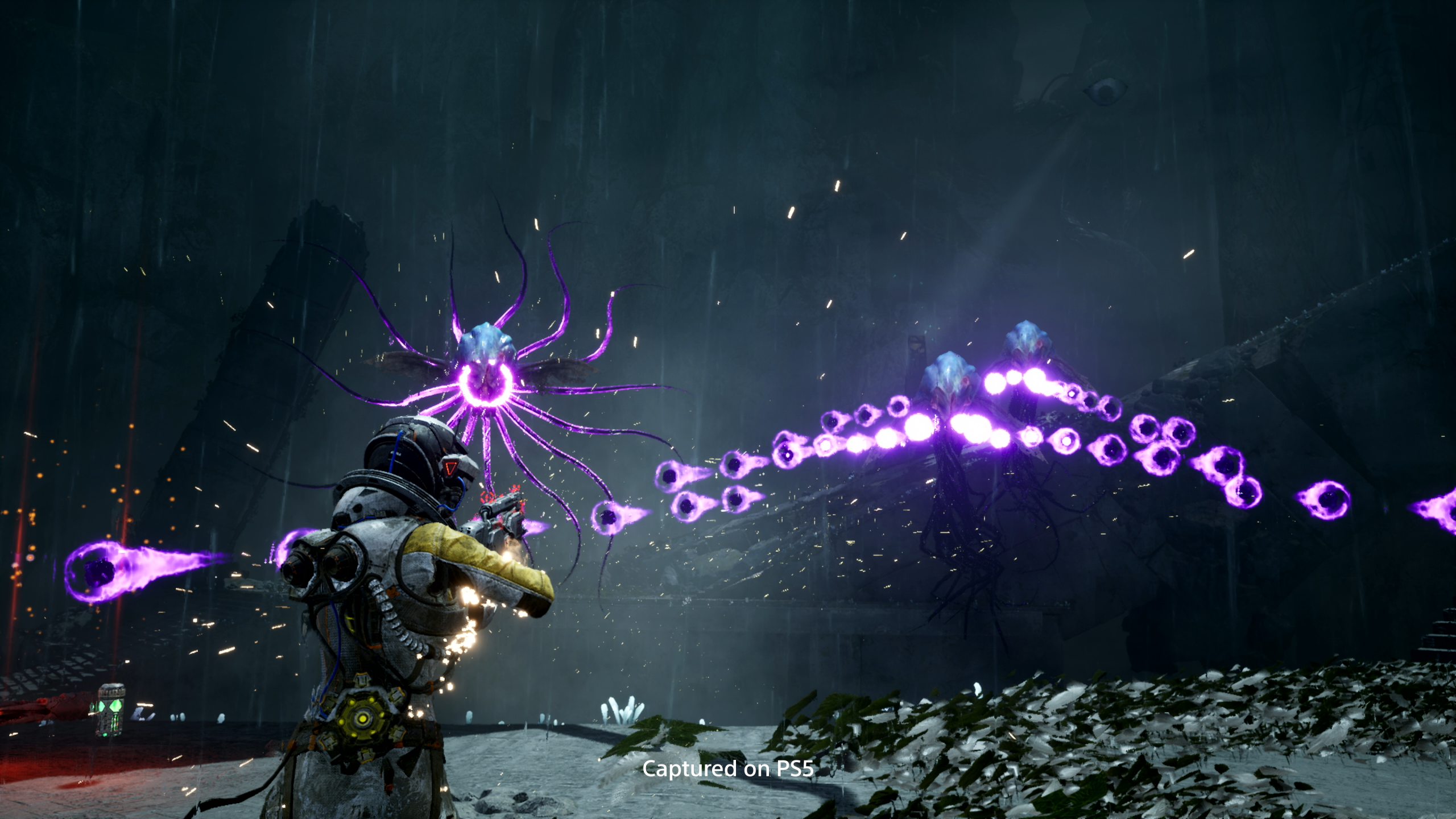 An early Fextralife review of Housemarque’s Returnal game has apparently leaked onto the internet, and their reaction to it hints at a good future for future Returnal review scores. While the review is no longer accessible, apparently the review gave the game a 9.3 out of 10 and a good bit of praise.

Returnal is a roguelike third-person shooter game that is slated to come out exclusively for the Playstation 5. A space explorer named Selene becomes trapped on a mysterious planet, where each death starts her back at the moment of her crash as she fights various eldritch enemies.

Among the many positives cited in the Fextralife review of Returnal included a surprisingly deep narrative (which the reviewer cited as one of its best points), a wide variety of weapons that helped to keep the game loops fresh and engaging, and 30 to 50 hours of playtime, that apparently leans very heavily towards 50 hours.

If the Fextralife review actually is indicative of future Returnal review scores, then it seems like Housemarque has graduated to Triple-A gaming with flying colors, considering their previous games were mainly small scale games such as Alienation, Outland, Dead Nation, and more.

While their games rarely sell well, however, they are at least highly regarded by the people that play them, and hopefully Returnal’s large amount of promotion (along with being one of the first trailers in the Playstation 5’s showcase that showed off its price and many of its games) will help to break that trend.

While Fextralife’s leaked review has “come out”, it’s likely that we’ll have to wait until the game’s release date on April 30 before we can see more Returnal review scores in the future. The game will be coming out on Friday, April 30, exclusively on the Playstation 5, so if you’ve been hooked by the various bits of gameplay we’ve seen so far, hopefully you can play it when it comes out.